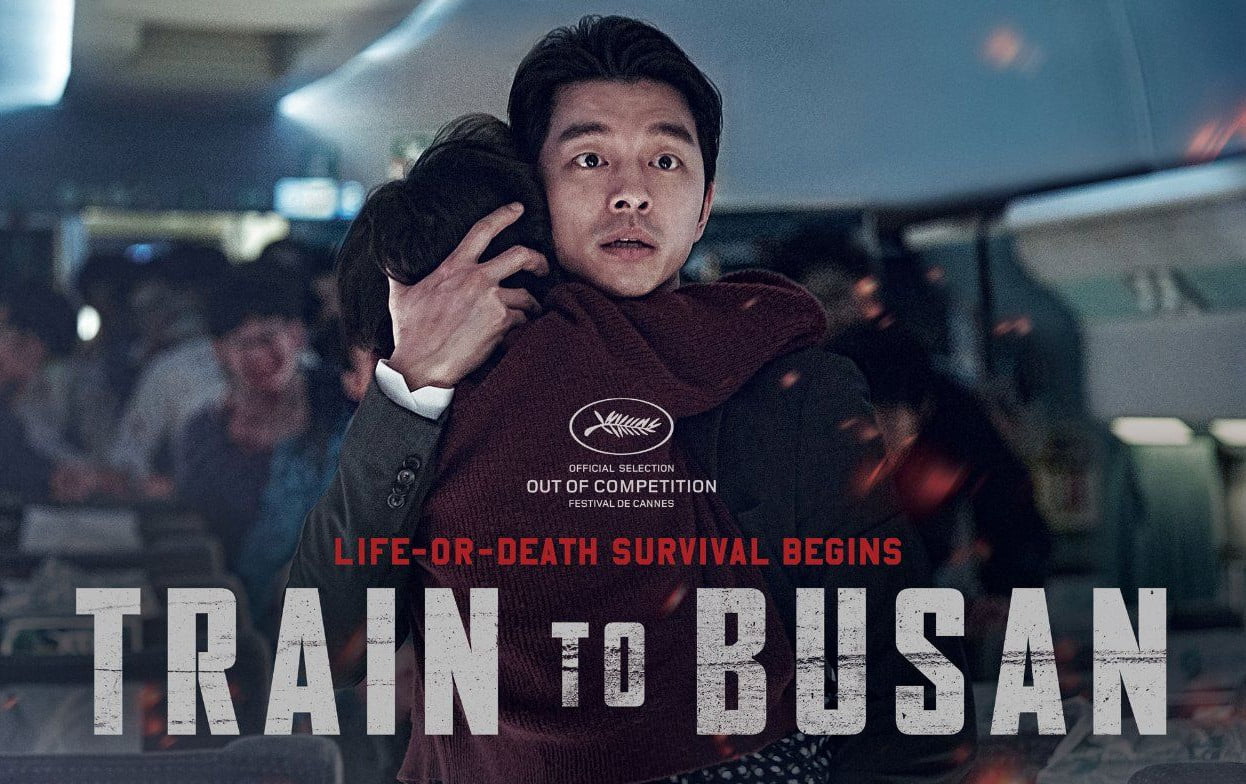 Train to Busan is a 2016 Korean movie, directed by Yeon Sang-Ho. The movie is about the train journey of Seok- Woo ( Gong Yoo), a divorcee and his daughter Su-an (Kim Su-an) from Seoul to Busan on the occassion of his daughter’s birthday to fulfill her wish to spend her birthday with her mother. There is a zombie outbreak in the train.

Seok- Woo ( Gong Yoo) is a workaholic, ambitious Corporate Fund manager. He is a single father; a divorcee, living with his daughter, Su-an (Kim Su-an) and his mother.

Due to his hectic work life he does not get to spend much time with his daughter; which he thinks is one of the reasons his daughter is a bit aloof with him.

The story is the train journey from Seoul to Busan on the occassion of his daughter’s birthday, so that she can spend the day with her mother.

Seok- Woo has fellow passengers in Sang-hwa( Ma Dong-seok) and his pregnant wife Seong-kyeong (Jung Yu-mi). They are also joined by a sports team Yong-guk (Choi Woo-shik) and his friends.

There is a sudden Zombie outbreak across Seoul and other locations enroute to Busan. Once the first zombie infiltrates the train, the transmission is rapid across the train, creating more zombies. The passengers are caught unaware of the situation in a moving train.

The story is the adventurous and edge of the seat drama of the father and daughter & fellow passengers as they struggle to survive the zombie epidemic.

The movie is set in the high speed train, Korean Train Express. It is interesting to watch the state of the art train, with its modern amenities.

Train to Busan is ranked as one of the best Korean movies of all times. The movie emerges much more than a horror zombie movie. The special effects are bang on. To watch the mobs of zombies all over is mind boggling yet very realistic.

It is edge of seat drama to watch the zombie multiply. There is enough confusion, fear and chaos that keeps the audience hooked on till the very end.

The viewers get to watch a nice variation of characters who board the train. It ranges from old to young, siblings, couples, students and lone travellers.

Gong Yoo, as Seok- Woo delivers yet another stellar performance. He nails the role of a father trying to make amends with his little daughter. They are not a “chatty” family and both speak few words, but the emotions are so well enacted.

Kim Su-an as Su-an as his little daughter is a perfect match for this role. Its commendable to watch her deliver so much with so little dialogues.

Jung Yu -mi (Seong-kyeong) and Ma Dong-seok (Sang-hwa) potray a very real couple. They are opposites but totally cute together. Jung Yu-mi is the petite built, yet dominating wife. Ma Dong-seok is the huge looking yet happy to be submissive husband, who dotes his pregnant wife.

Then there is Choi- woo shik with his friends including the flirtatious cheer leader. He perfectly represents how youth would react in this situation. There is fear, a little heroism and lot of fellow comaraderie displayed.

The film premiered in the 2016 Cannes Film Festival. The movie also achieved the record of having more than 10 million theatre viewers.

This movie is considered to be one of Gong Yoo’s career best performances. The movie’s success took him to new heights of fame back in 2016.

In one of his movie interviews Gong Yoo revealed how he is scared of zombies in real life and was pertrified during filming some of the scenes of the movie.

The special effects of the movie. The deep performances of Gong Yoo and Kim Su-an.

Train to Busan is easily one of the best Korean horror movie. Its a horror movie with adequate zombies. Yet it is more than another “bloody gore” movie. This movie can safely be watched by anyone; importantly even someone who is not a regular horror movie viewer.

It is a sophisticated zombie horror movie. For a 2 hour movie, it is really fast paced. The special effects are well crafted. You will remember the emotions of the lead characters; along with the special effects.

Honestly, I cannot think of how they could have made a better movie in this genre. But a die-hard horror movie goer would expect a few more spooky scenes.

Train to Busan should definitely be on your Korean movies to watch list. Its an edge of the seat thriller. Watch it to enjoy a complete movie experience. Also, if you are a Gong Yoo fan like myself; you simply cannot give it a miss! 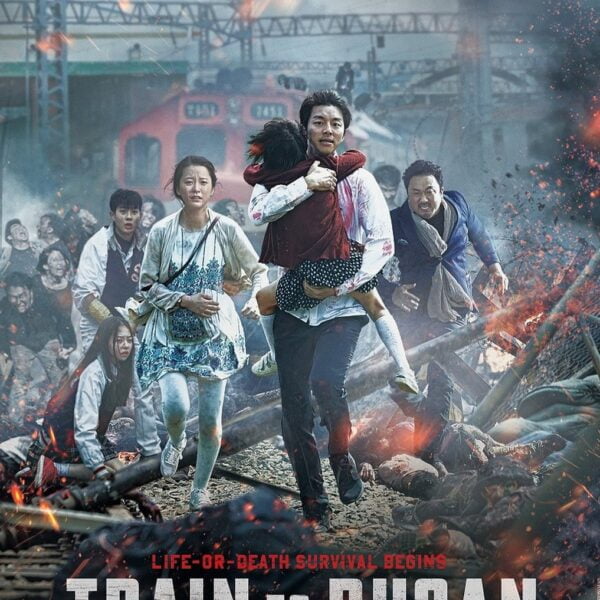 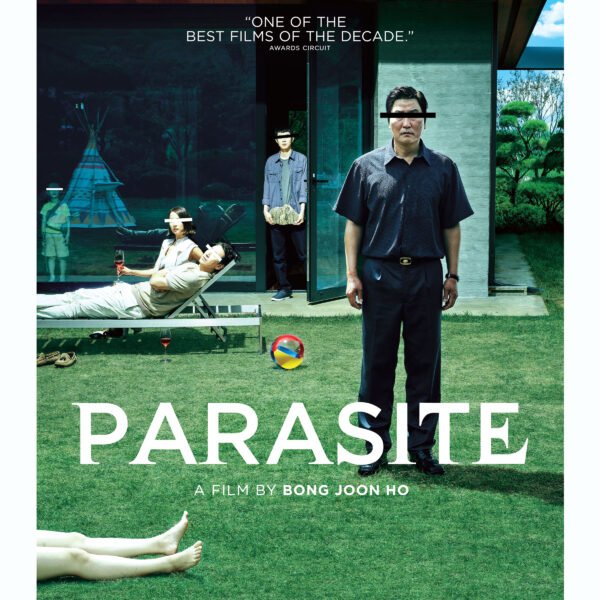