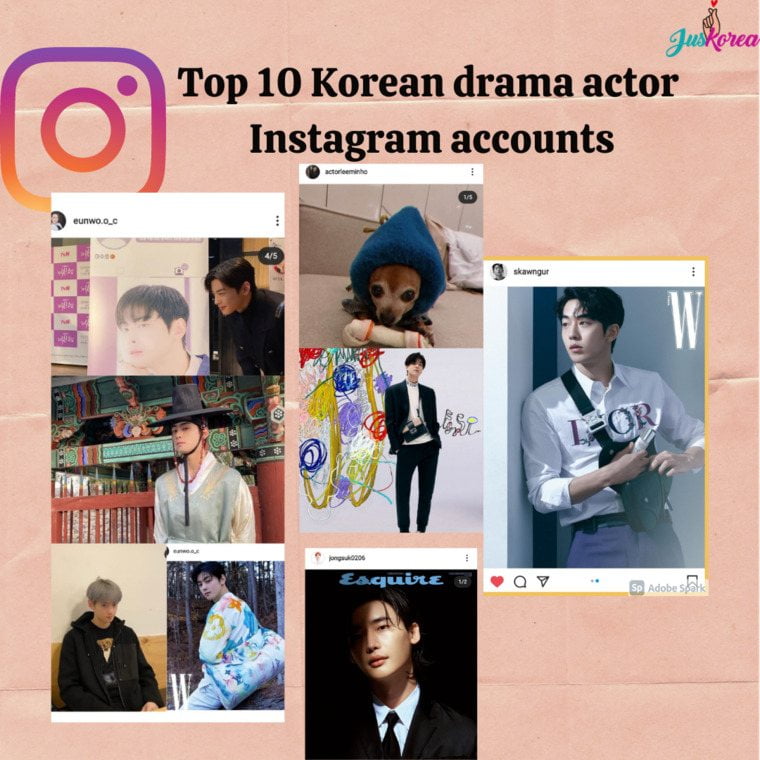 We all have heard of the saying, “A picture speaks a thousand words”. With over 1 billion active users as of March 2021, Instagram app just proved it right! As IG users, we totally love the format – pics and short videos. Celebrities are using it too. It is indeed one of the hip, easy and modish smart Social media for celebrities to keep in touch with their fans worldwide!

If you dont where to start, we are here to help! We present to you top Instagram accounts of Korean drama actors , who just know how to please their fans.
Let’s get you started :

1. @actorleeminho : This is Kdrama actor Lee Min Ho’s instagram account, with 23.1M followers, making it the most followed IG account for a Korean drama actor. His posts are simple selfie pics with minimal or no captions, leaving his fans to guess about his whereabouts. You will also occasionally find pics of clothing/fashion from Fendi, the brand he endorses. He also shares pics of his cute pet, “Choco”. His star power is evindent by the amount of comments each post generates!

2. @eunwo.o_c : This is singer and True Beauty Korean drama main lead Cha Eun Woo’s Instagram account, with 18.9M followers, making it the second most followed IG account for a Korean drama actor. Cha Eun Woo is part of the boy band ASTRO and first wooed fans with his singing ability & almost perfect good looks as per Korean standards! He is also a very busy model, endorsing a lot of brands ranging from skin care, clothing to tourism! His posts are cute, trendy and often colorful selfies. He also shares his brand endorsement photoshoot pics and pics from the sets of his drama. You will not be disappointed as his IG follower.

3. @jongsuk0206: This is Korean drama actor Lee Jong Suk’s Instagram account, with 18.4M followers. It is the third most followed IG account for a Korean drama actor. Lee Jong Suk started his career very young,way back in the year 2005 and has acted in a huge list of movies and TV shows. He has amassed large fan following across age groups ; thanks to his boyish charms and acting skills. His posts are mostly selfies. He also posts about social events he participates and brands he endorses. Fans love him as it is evident in the number of views his posts gather!

4. @bn_sj2013: This is King of romedy, aka, Korean drama actor Park Seo Joon‘s Instagram, with 17.6M followers. It is the fourth most followed IG account for a Korean drama actor. Park Seo Joon success was phenomenal post his Kdrama, “Whats wrong with Secretary Kim”, bringing him international fan following. He started his social media account quite recently, but totally knows how to keep fans entertained! Park Seo Joon Instagram is filled with stylish selfies, his brand endorsement pics, pics from his shooting set, promos of his friends from music, film and sports industry, scenic pics and pics of himself with his cute dog Simba.\

5. @jichangwook: This is Korean drama actor Ji Chang Wook Instagram account. His IG is the fifith most followed IG for a Korean actor, with a following of 15.8 M followers. Ji Chang Wook has an impressive record of acting not only in Korean drama and movies, but also musical theatre. His Instagram account is casual and fun! His posts are fun selfies, pics from sets of his drama, brands he endorses,his hang out with friends. Fans will relate to his not so starry filled posts of IG!

6. @skawngur: This is small screen heart throb Korean drama actor and model Nam Joo Hyuk ‘s Instagram account. This former model turned actor has a massive fan following of 15.1M on his IG. Nam Joo Hyuk Instagram has also evolved similar to his acting skills! His IG was previously casual, filled with selfie pics, his hangouts, funny pics from set. Now its a bit more sophisticated. There are chic selfies, pics from his drama and movie set and pics of two cute dogs. The captions are minimal, but you totally get the feel that you are following the IG of a Dior super model. Guess what… the fans are not at all complaining!

7. @soohyun_k216: This is Kim Soo Hyun Instagram account. Fans have been in love with the cool and very talented Kim Soo Hyun since his debut in the hit Korean drama Dream High. Fans cannot resist not falling in love with his screen presence! He has a die hard fan following of 9.9M followers to his Instagram account. Kim has passion for photography and it is very evident in his posts. You will enjoy the scenic pics he posts, along with very fashionable selfies! He posts gracious pics from his filming sets as well. Fans are well enthralled with his posts.

8. @hi_high_hiy: This is the upcoming Korean drama actor Hwang In Yeop’s Instagram. He rose to fame with his recent hit Kdrama, “True Beauty” Fans adored him as the second lead and are eagerly awaiting his next project. He has recent additions to fanbase with a total IG fan following of 8.4M. Fans want to see more of him and that’s what his IG exactly provides! You will see selfie posts and convivial IG reels of Hwang In Yeop. It’s cool and casual and lets one totally fan girl over him!

9. @phs1116: This is the Instagram account of singer and Korean drama actor Park Hyung Sik. He has a fan following of 6.4M followers on his IG account. He is recently back after his two year army enlistment. His IG posts are selfies of this good looking star, with teasing pics of his friends in the movie and TV industry. You will also find him teasing BTS singer “V” in some posts. His posts will give you friendly vibes and are pretty casual.

10. @seonho__kim: This is the Instagram account of Korean drama actor Kim Seon Ho. He has had a rapid fan following growth of 5M followers on his IG, post his hit Kdrama Start Up. Fans empathisized with this second lead role in this hit drama. Their love unsurprisingly followed to his IG account! His posts are very casual selfies. There are pics from the drama set. They are smart, colorful and funny and keep audiences totally engaged!

If you have an IG account and are a Korean drama or Korean movie fan, then connecting with your favourite star is real easy! What are you waiting for…go on, click that IG account and start following!

Note: The IG account fan following numbers are as of March ending 2021. 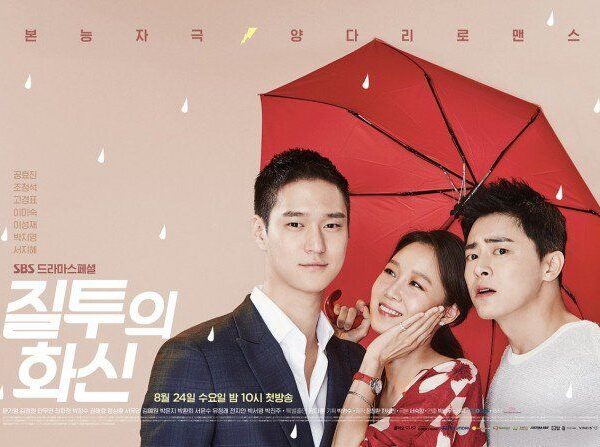 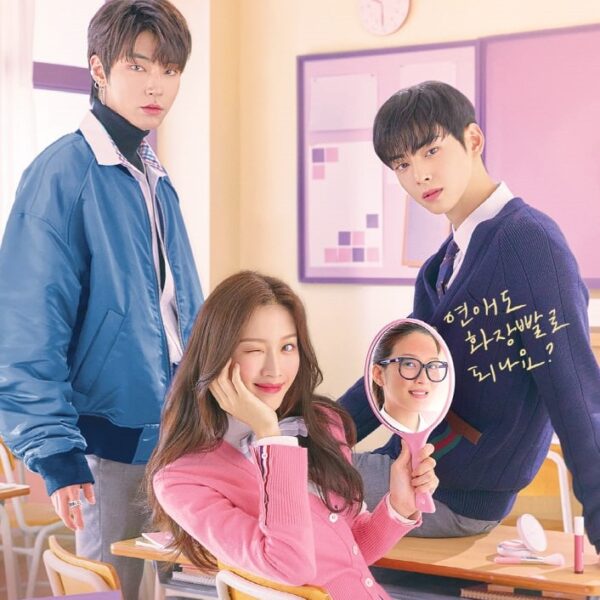