What do you do when you are most compatible with a “Gumiho”!!!

Imagine if your roommate is not an ordinary person, but a magical “Gumiho”! Sounds intriguing! Well, for viewers new to Korean dramas, a “Gumiho” is a mythical fox with nine tails, that can take any shape.

My Roommate is a Gumiho is a 2021 Korean drama series starring Jang-ki yong and Lee Hye-ri as the main cast. Kang Han-na, Bae In-hyuk and Kim Do-wan complete the support cast. It is based on a webtoon of the same name. My Roommate is a Gumiho Korean drama is the story of a 999-year-old Gumiho with name Shin Woo Yeo (starring Jang-ki yong) who has a chance encounter with a college student names Lee Dam (played by Lee Hye-ri).

She swallows his fox bead by mistake. The bead holds the energy that Shin Woo has been collecting from humans for centuries, to be able to change into a human form permanently. Since the bead is very powerful, it will kill a human possessing it. To save Lee Dam, Shin Woo convinces her to stay with him, as his roommate till he finds a way to get his bead back from her.

Official Trailer : My Roommate is a Gumiho

We all know that Korean dramas are the ultimate kings of the romedy genre, and it is a marvel how they pull it off every single time! My Roommate is a Gumiho Korean drama is definitely the dark horse amongst 2021’s list of Kdramas that have been released so far. With no heavy names on the star cast or a high budget drama, it has still emerged as a complete entertainer.

Here’s 5 reasons you should not miss this 2021 Korean drama: My Roommate is a Gumiho

2. The main leads fit their characters perfectly. This is undoubtedly Jang ki yong’s most popular role as the suave Gumiho. Lee Hye-ri is the ideal cast for the role of Lee Dam – a college girl, who is cool, likes to study, and is very fond of food!

3. This Kdrama is funny and not all heavy. You will have a good laugh in every episode. There is no glorification of the Gumiho. But, it’s refreshing to see the Gumiho being portrayed as an animal, who has lived long enough and craves to be a human being. However, there are no heavy dialogues, no extraordinary gestures by the protagonist. Shin Woo honestly confirms to Lee Dam, that he has only learnt to imitate human beings, he still does not understand the emotional quotient!

4. The chemistry of the main leads is great on screen. They are funny together. For instance, the scene where Lee Dam tries to first run away from Shin Woo, in the beginning, is hilarious. Shin Woo tries to convey his liking for Lee Dam, by calling her his niece. But, once they decide to go ahead with their relationship, they make a “lively couple” on screen.

The support cast is a fun lot. Kang Han-na rocks as the very pretty but slow-witted Gumiho turned into human. She is Jang ki yong’s only friend and you will adore their love-hate relationship. Kim Do-wan is the cute and very sweet friend of Hyeri, who ends up liking Kang Han-na, not knowing she was once a gumiho. This second cute couple in this Korean drama is equally entertaining. Bae In-hyuk is the handsome college heartthrob who likes Lee Dam. He has good screen space, and it should not take long before he lands as the main lead!

My roommate is a Gumiho is a light watch romantic Korean drama with lots of good humour. You will enjoy the young cast in this drama, that makes it a nice stress buster! There is a cool cameo by Go Kyung-Pyo too!

Watch My roommate is a Gumiho Kdrama on Viki TV or IQ.com

Tags: Korean Drama Review, My Roommate is a Gumiho 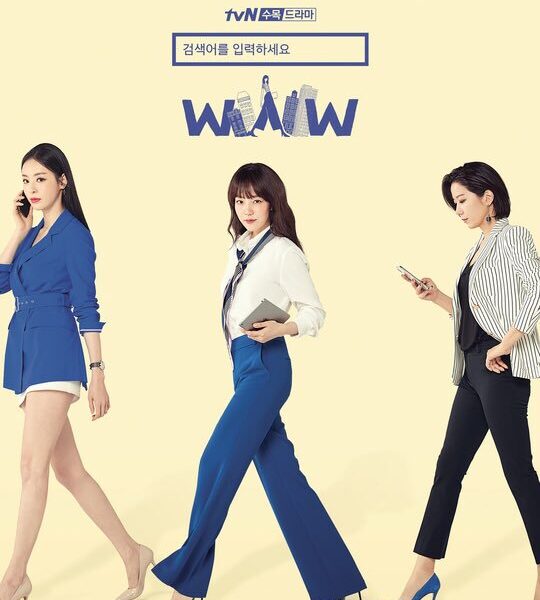