High Society is a 2018 South Korean movie on Netflix, currently. It is the story of an ambitious married couple, who are doing well, but very keen to move into the so called upper class – “High Society”. They will do whatever it takes to get there.

Park Hae-il plays the role of a respected professor at the Seoul National University, who dreams of getting into politics. His wife is the beautiful and aggressive Soo Ae. She works as a Deputy Director and curator at an Art gallery and aims to become the Director.

Both of them play hard and are successful in converting chance into opportunities for themselves. They soon discover, things are not what they seem and they have to pay a hefty price for their success. Will they still be lured to stay in “High society” or return to their old lives in the plot of this Korean movie.

The movie starts with Soo Ae, jogging in an extremely posh housing locality in Seoul. She has a brief interaction with her husband Park Hae-il & you almost know immediately that this is no usual simple couple. The movie jumps into the theme quickly and you know both the protagonists are unhappy and crave for more!

Soo Ae brings in more money than her husband. Her arrogance and aggressiveness simply confirms that. Doing illegal deals for the Art Gallery owner, is just part of the job. Her husband on the other hand, is popular and has a more respectable job as a professor at the University. He is a regular at a TV show panellist, as he accompanies his Senior. He enjoys the attention of viewers; after all who does not mind a good looking intellect on TV.

He only dreams to make it big in Politics someday. Soo Ae subtly keeps taunting him to not wait around for an opportunity; rather be smart enough to create one.

The main story begins, when Park Hae-il is part of a protest seeking help for poor tenants who have been asked to pay higer rent. Men with more successful wives have their own challenges. The same is witnessed as Park Hae-il seizes the one chance to become popular, during the protest.

The plot flow here is simple and Park Hae-il is soon invited to join a political party. His rise is fast and soon he is a popular candidate running for the next election.

Meanwhile, Soo Ae tries her best to please the owner of the Art gallery to secure her post as Director. The plot is fast but the narrative is predictable. When she committs adultery, you almost expect it!

The storyline is kept simple and keeps the viewer occupied. The link of the Art Gallery funding the political party illegally happens over a series of simple events.

There is a contrast between the two protagonists characterisation. When Soo Ae finds out she’s been played into, she is worried but continues to be ambitious; even though regretful about her actions. She does not try to fight her wrong doers, instead tries to manipulate them. She does not give up her ambition of becoming the Director.

On the contrary, when Park Hae-il finds out that he is played into, he is angry & ashamed of himself. He is unable to let go of his sense of ethics and tries to avenge his wrong doers. He threatens them to expose them, if they do not help the tenants. He does not mind stepping back to his old life; even with disgrace!

The movie potrays the rich as wacky, selfish, characterlesss and evil. It seems a bit lopsided.
Then there are extreme nudity scenes, that does not really fit into the plot.

There is a befitting dialogue in the movie – ”The rich will fight amongst themselves, but will still keep their money inside their four walls. They are not like ordinary people!”

The ending is definitely unexpected. It is a mix of real and delusion. For one, the couple handles adultery way too casually. Even a loveless marriage deserves a bit more!
Their attempt at exposing the under the table transactions of the Art Gallery and political party, is scripted unrealistically, making it look a liitle too easy.

Well, High Society Korean movie has been on the Netflix search list for a good time. It is an attempt at creating a complicated plot, but somehow loses track in the middle. The script however, is well paced. You will not be bored. 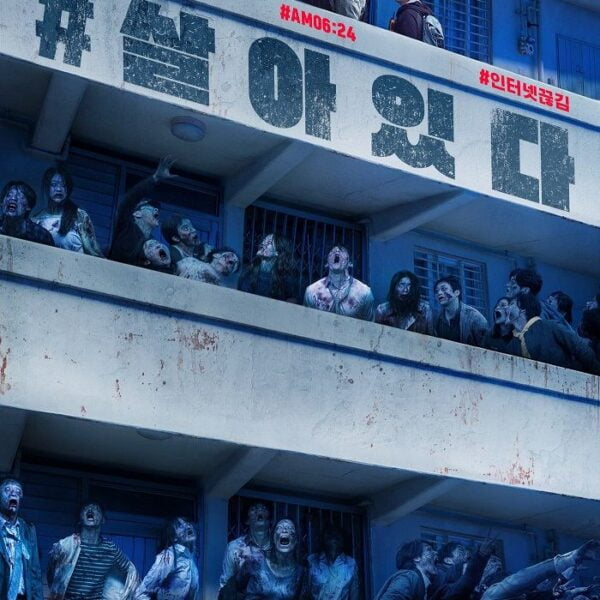