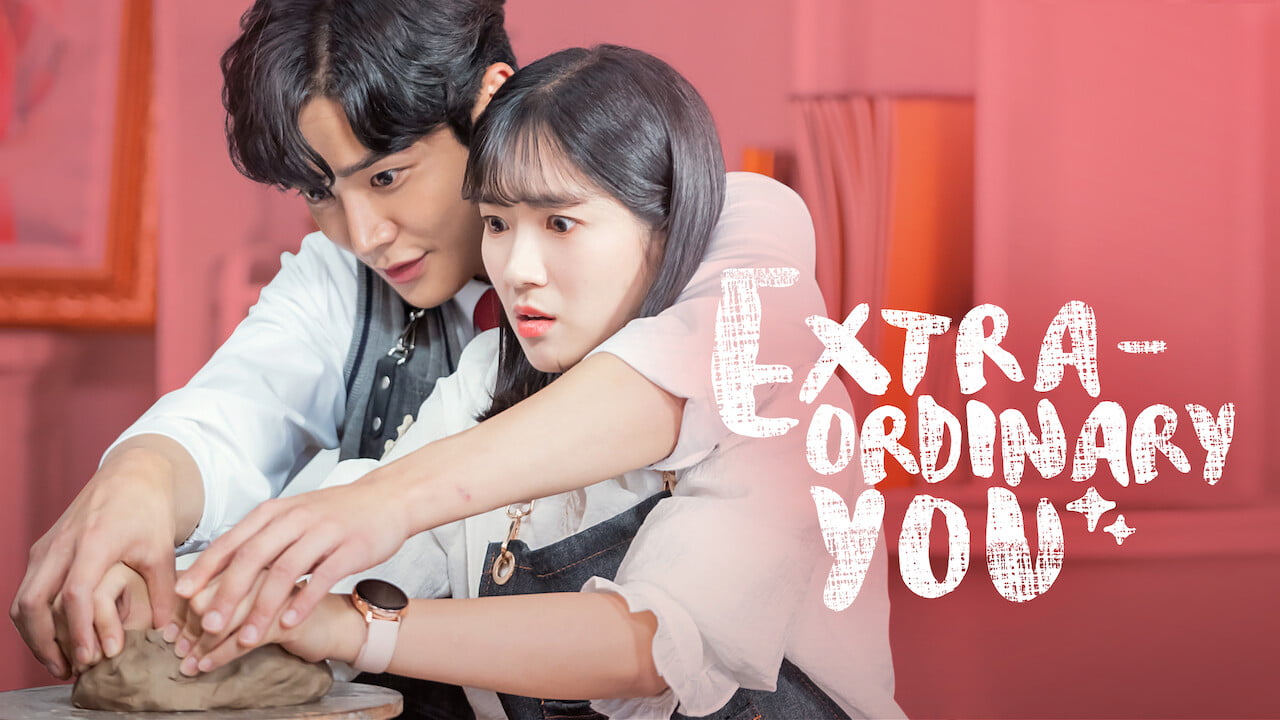 You discover you are not human, but a comic book character -What will you do!

What is Extraordinary you Korean drama about:

Extraordinary You is a 2019 Korean drama, based on the Daum webtoon titled, “July by Chance”. It is a story of a young high school girl, Eun Dan oh, played by Kim Hye yoon. She is a rich heiress and is in one sided love with a fellow student Baek Kyung, played by Lee Jae wook. She is diagnosed with a rare heart disease and her complete recovery does not seem to be possible.
She wakes up one day and realises that she is able to predict what will happen next. It is like living the same scene over and over again. Yet when she tries to act differently, she literally freezes and cannot act as she desires!
She then discovers that her world is not a real world. Her world is, in fact a comic book and she is a character in this book, called the “Secret”. Something bigger comes to light while she is still trying to chew on this reality. She is not even the main character in this comic, but a mere extra!
She does not like her characterisation, where she is a pitiful and physically sick girl, who is only an exta character, with the sole purpose to act cupid for the the comic main leads,her fellow classmates. She dislikes her comic fiancee, Lee Jae wook and hates her one sided love story.

She does her research and finds out that she can change the stage that the Author has not yet created! But whenever, she tries to change the scene, she crashes into a handsome and calm student,played by Rowoon. He seems to be saving her everytime!

Rowoon does not have a name tag and no one else from her class, seems to know him. Her school register, however has his photo under the name Student No. 13. Few scenes forward and she is delighted at the revelation that this Student No. 13, is her key to change the comic scenes and her characterisation. He on the other hand, does not seem to speak or understand her interest in him. She keeps persuading him to help her.

Will Kim Hye yoon as Eun Dan oh be able to change her characterisation? Does Student No.13 really emerge beyond a nameless character? Can she get rid of her comic fiancee? Will Eun Dan Oh die or will she live till the end of the comic to achieve all this? The 16 episode Korean drama on Netflix, answers just all these questions! This Korean drama can also be watched on Viki Rakuten.

What we loved about this Kdrama :

Imagine being transported to a world of a posh yet classy school,good looking and friendly classmates, one huge library,canteen that looks a cool coffee cafe and lush green lawns sprawled all over. Are you now tempted to go back to high school again ?

Extraordinary You Korean drama 2019, transports to you right there. Well, it is the setting of a comic book, but the makers have just got it totally right! The drama literally teleports you to a different world. After the first 2 episodes, you will want to escape into this comic world, more often.

The characters are young, high school students with simple worries to impress their friends, hang out in the cool club of the school, be hooked on to social media, enjoy school field trips, wonder whats for lunch at the cafeteria and complain about exams.
The story begins when when Eun Dan oh, the main protaganist discovers that her world is only a comic book, called the “Secret” and she is a mere puppet in the author’s hands who created her! The first episode is impressive. By the end of the first episode when Eun Dan Oh ralises that she is a mere ordinary extra in the book, its both surprising and funny! That’s how you get glued on to this high school Korean drama.

There is always a small flaw in every creation and the author is so busy creating other characters in the comic book,that he leaves a few blank spaces, where these characters can be their own self.
Eun Dan oh finds company in her oldest childhood friend, Lee Do hwa( played by Jung Gun-Joo) who also has similar experiences like her and finds scenes repeating itself. The friendship between these two characters is heart warming and you enjoy how only they share the secret about their comic book life.

High school romance is perhaps one of the cutest and most genuine romance one experiences, simply because you end up liking someone without any reason! Your heart simply flutters at their sight.

Eun Dan oh finds her saviour in Student No.13, who she fondingly names as Haru. Viewers are on a thrill ride to see how Haru comes to Eun Dan Oh’s rescue. The plot build up around Haru is pretty interesting. While we are introduced to Haru right from the first episode, his entry as the first lead happens only in episode 3. The twist and wait of events leads to his grand entry.

It’s not long before Eun Dan oh falls for Haru. He likes her too.These two protaganists are total opposites. Eun Dan oh is cute and talkative. Haru is handsome and quiet and has a mystery around him. This first love couple is simply cute.

Rowoon’s height of 6’3” inches does make him a tall hero! The height difference between Rowoon and Kim Hye yoon is very huge but totally adorable. This Korean drama has a good share of comedy moments. Eun Dan oh dislikes her comic fiancee Baek Kyung, but has to act devoting and romantic in the comic scenes. She fiercely throws a fit right after every scene, leaving Baek Kyung totally confused! Then there is her classmate, Lee Do hwa, who ends up with a violin, playing soulful songs for his girl crush at school. He ends up with the violin whenever he wants to express his true feelings for her!

Again,they both make fun of the author whenever they forcefully deliver cliche’ lines in their scenes. They really think he needs to work on his writing skills.
The plot explores a lot of metaphors within this comic storyline. Eun Dan oh is desperate to change her comic characterisation and struggles to change the same. The struggle and desperation is very similar to how anyone would try their best to change their sad situation in real life. Similarly, Haru would do anything to help her change her comic fate, even it means he runs the risk of disappearing from the comic book. It reminds of a real life companion, who would go any lengths to see his better half happy!

There are a lot of comic world technicalities, that would keep the viewers engaged to see how things fall through eventually. The characters of this book are linked to a earlier book by the same author and viewers are visually treated to parts of the drama being shot in historical era.

Some episodes could have been edited and even cut short. The episode exploring the possible alternate loves between the second lead, Baek Kyung (played by Lee Jae wook) and Eun Dan oh is a drag.

Haru’s mysterious origin could have been revealed a bit sooner.

Should you watch Extraordinary you Korean drama ?

We highly recommend this Korean drama. It is a high school fantasy romedy, with a bit of drama. The storyline is fresh.

Rowoon is pretty impressive for his first full time role as the main lead. The chemistry between Kim Hye yoon and Rowoon, will make you wish they were a real couple!

The meet cute of the two leads is totally adorable. Rowoon can romance with minimal words and Kim Hye yoon can express her liking with a flustered look every time he looks at her or tells something random! This first love couple is totally worth watching.

Lee Jae wook is impressive as the annoying second lead. There are high chances you will hate him!

Most episodes are an easy watch with beautiful cinematography. If you are a shoe lover, watch out for Kim Hye yoon’s variety of shoes!

The music is good and the song My Beauty can make it your Songs loop list.

You will also like the very melodious song First Love 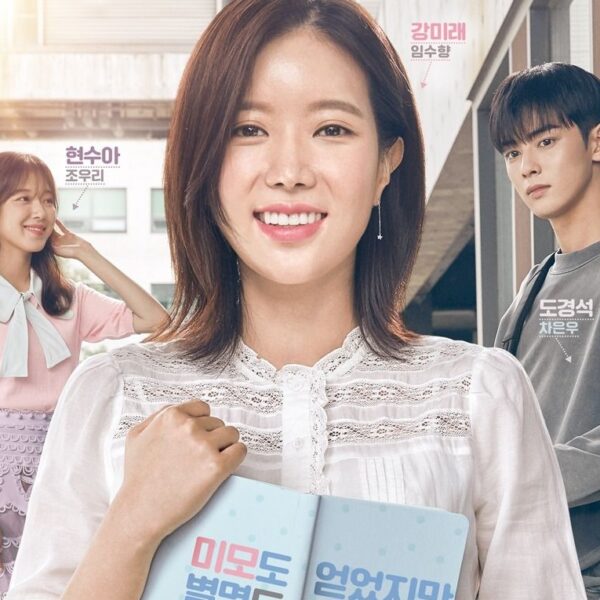 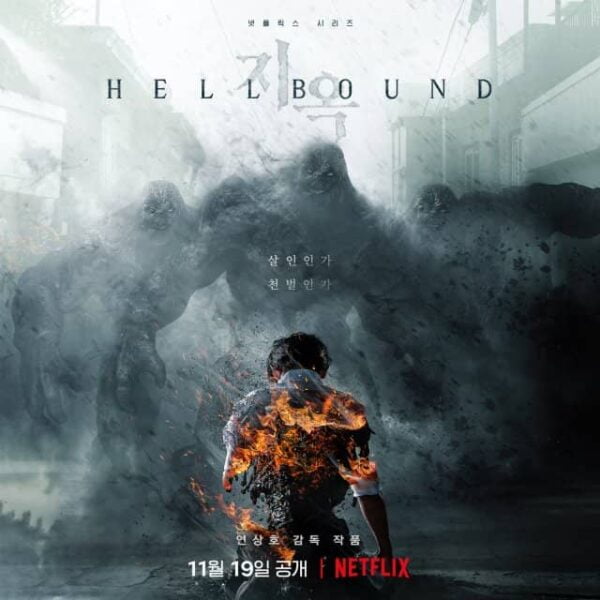