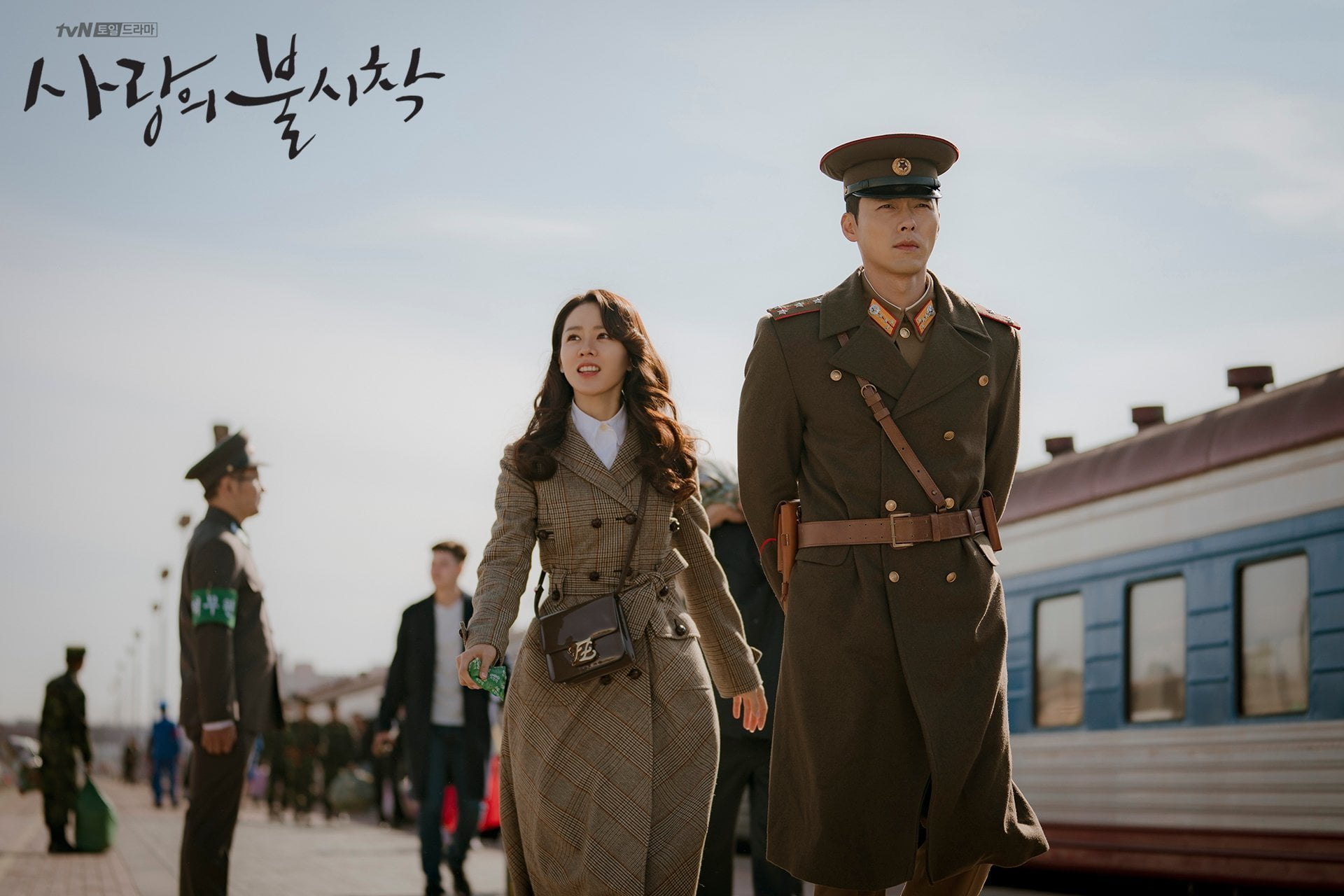 If your love was from a forbidden country, will you still follow your heart !

Crash Landing on You is a 2019 Korean drama that is telecasting on Netflix internationally. It falls under the Korean drama romantic comedy/drama genre. It is a story of a South Korean businesswoman, who literally crash lands in the forbidden region of North Korea. The cast of Crash Landing on You is star-studded – with the veteran Korean actress Son Ye-jin and one of the most sought-after Korean actors Hyun Bin. The drama is accredited as the third highest-rated South Korean drama in cable history. It is also the TVN network’s most viewed Kdrama to date.

Crash Landing on you Korean drama is very popular, especially across Asian regions. Viewers new to Korean drama and middle aged women love the subtle romance. Women have been swept away by the handsome Hyun Bin, and the respected character he potrays in this Kdrama!

Crash Landing on You : Drama Plot

Son Ye Jin is Yoon Se-ri, a self made businesswoman,running a sucessful fashion and beauty company. She has a estranged relationship with her family as she is born out of wedlock, making her step mother hate her. Her two elder stepbrothers are incapable of handling her father’s business. When her father proposes to merge his business with hers, making her the CEO of both the companies;it makes her stepbrothers hate her more. Yoon Se-ri, however only has affection for her stepmother and is indifferent to her stepbrothers.

While testing the newly launched paragliding equiment, due to bad weather conditions, she lands into the demilitarised zone in North Korea. She meets Hyun Bin, who plays the role of Captain Ri Jeong-hyeok. He gives her shelter in his house. He plans to help her return to South Korea, shielding her from Intelligence teams that suspect an illegal entry of a South Korean into their soil.

They make multiple attempts to escape, but miss their chance. Finally Captain Ri’s father,Director of the powerful political bureau that commands the Army lets her escape on the pretext of a border cross check for deserted South Korean civilians. Even though from two different worlds,the protagonists fall in love. Both move back to their earlier lives but keep missing each other.

Meanwhile, Captain Ri’s brother’s murderer escapes to South Korea, post his trial. He plans to hurt Se-ri to avenge Captain Ri. This instigates Captain Ri to go to South Korea to save Se-ri. Se-ri gives him a fake identity as her bodyguard. The two protagonists get a chance to spend time together and openly convey their feelings this time. They catch the murderer and execute him in Seoul. Does this mean a happy ending to the couple or they again go back to their old lives in their rival countries is the plot of this 16 episodes Korean drama run.

Crash Landing on You : Drama Review

Assuming you are a Netflix subscriber and have watched romantic comedy drama across any language. Then, there is a good chance that you have seen Crash landing on you Kdrama on your suggestion list. The popularity of this Kdrama surpasses its formal introduction! Here is why you should consider that suggestion!

We give you 6 reasons why you should watch this 20 million USD budget Korean drama :

1.The plot of this Korean drama on Netflix is unusual and very engaging. Se-ri gets lost while testing her company’s new launch paragliding equipment into the restricted demilitarised territory of North Korea. What follows is a dramatic and funny chaos. She falls into the arms of the handsome and strict looking Captain Ri. She is loud and imagines she can walk back into South Korea. But she fails and forgets the way in the area! Captain Ri helps her, but he does not know how demanding Se-ri can be!

It’s funny how she expects scented candles and fancy body washes in the small village where Captain Ri is. He cannot understand how and why these “extravagant” things even matter and why she fusses about it! This romantic korean drama gives you a glimpse of daily life in North Korea;something contrastingly different from its technologically sophisticated neighbour! The simple and disciplined lifestyle of North Koreans will leave you in pleasant bewilderment. There is no speed Internet access, no fancy mobile phones, no high end fashion clothes or lavish talking rice cooker and yet people seem pretty satisfied with their lives.

2.The chemistry between the two leads is subtle, matured romance. It feels like good old classic romance. Apparently, this “reel romance”between the two leads continued in real life too! They announced they got close during the shooting of this Kdrama. We now know why some of the scenes seemed surreal 😉

3.There is a second love story that is equally engaging! We have the beautiful Seo Ji hye playing the role of Seo Dan, a trained cellist engaged to Captain Ri and totally in love with him. Their respective families plan the engagement and Captain Ri agrees to it, due to respect for his family. Seo Dan meets a con man named Alberto Gu, played by Kim Jung hyun of Mr.Queen Kdrama fame. He has to chase, lure and then kill Se-ri, by her brothers.

Alberto is carefree by character. He keeps running into Seo Dan during his search of Se-ri. He finds Seo Dan beautiful and empathises with her when they both realise that Captain Ri does not have feelings for her. They slowly become friends, that soon turns into love. Their chemistry is cute and it is interesting to watch the otherwise serious Seo Dan slowly fall for the fun loving Alberto.

4.The fashion quotient is high. Se-ri runs a fashion and beauty brand in South Korea, which is visible in her clothes she wears in Seoul. There are outfits from luxury brands like Balmain, Valentino, Louis Vitton. Crash landing on you outfits are indeed a visual treat! The clothes worn by Seo Dan also showcase sophisticated and very feminine fashion! She adorns the Korean signature hair clip and bright printed clothes. Then you have scenes, shot in breathtaking Switzerland, that makes the visuals and cinematography simply stunning!

5.The screenplay of this Korean drama is a complete drama package. There is the forbidden romance between the protagonists. The plot is dramatic where Se-ri’s stepbrothers want her dead. There is mystery as Captain Ri’s elder brother would have died mysteriously during his military service. There is adequate comedy thanks to the supporting cast in Captain Ri’s team and the village women who are used to gossip but adore the handsome Captain Ri’.

6.Finally, Crash landing on you endinghas a very unexpected but satifactory twist. While viewers witness the difference between both countries in this Kdrama series, the protagonists do not compromise on their motherland. Do not worry for they do not compromise their love, either! The ending is kept very open ended.

4.Following the massive success of this Kdrama, there are plans to make Crash landing on you into a musical. The performances are planned to be held in Seoul in 2022.

We highly recommend watching Crash Landing on You Korean drama, for its very unusual yet intriguing storyline. The plot and the entire cast will keep glued on to your couch, till you finish watching the last episode. Go for it! 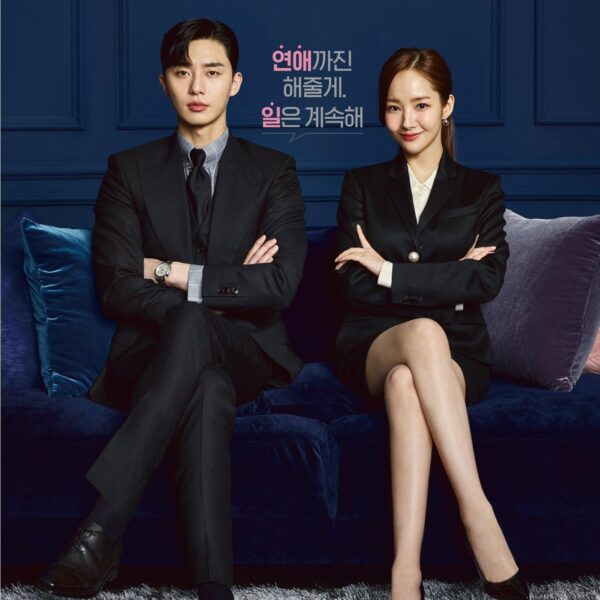 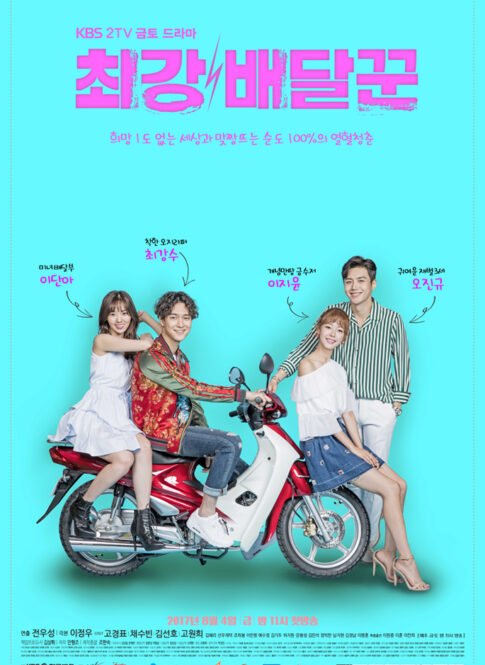 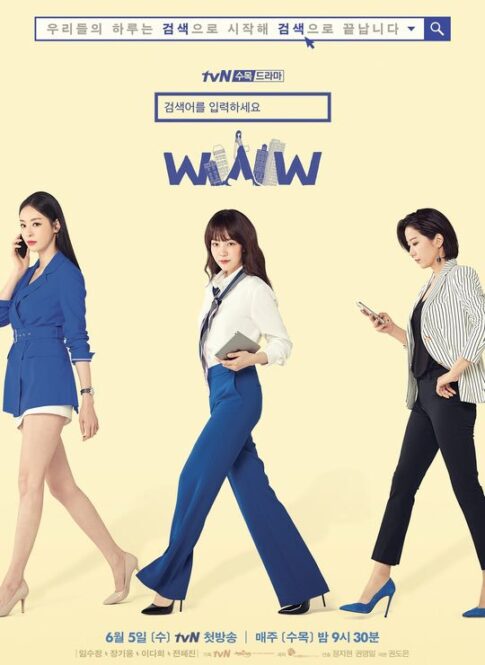