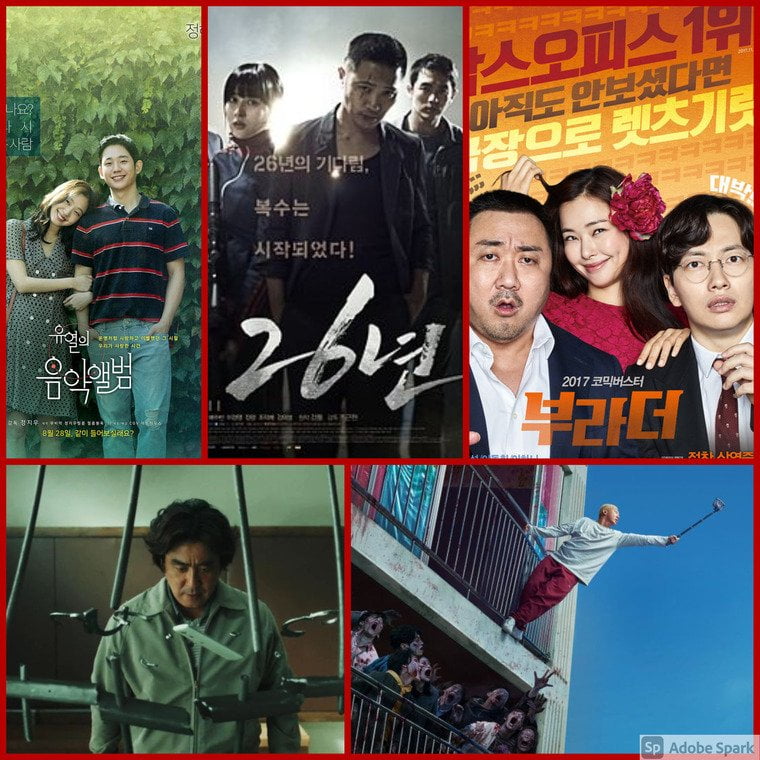 Movies are easily one of the simplest expressions of Art. Thanks to Technology and OTT platforms, language nor accessibility is no longer an impediment to enjoying this Art form.

If you are wondering what to pick to watch from Netflix’s huge movie library, we have 5 first hand Korean movie recommendations across five different genres that will feed the movie cravings in you.

Do not worry even if you are new to this “Halluyu wave”. These movies are so fulfilling in their own genres, sub titles alone will help you sail through the movie 😉

So “Annyeonghaseyo” to this Korean movie watch list. Hope you
enjoy this as much as we did!

Alive starring Yoo ah in and Park Shin hye is one of the few 2020 Korean movies that was released during pandemic in South Korea. It is the story of an online gamer who is home alone during a sudden zombie apocalypse. The movie is a thrilling novella of his survival tactics against the gory hungry zombies outside. It has a good fill of zombie horror and Yoo Ah in’s own emotional ride during this crisis. Things take an interesting turn when Park Shin hye enters the scene as a fellow survivor. Do they together manage to escape the zombies or do they succumb to their weariness and give up is the theme of this 99-minute movie run.

The story draws parallels to human emotions during the COVID pandemic too. Watch it for the talented Yoo ah in and Park Shin hye. Read the full review.

The movie #Alive topped the Netflix Movies Worldwide daily chart in 35 countries, making it the first Korean movie to achieve this feat.

Ma Dong-seok is the older brother and a history lecturer. Lee Dong-hwi is the younger ambitious brother working in a construction firm. On their drive to the funeral, they hit a woman Lee Hanee; ( 2006 Miss Korea pageant winner ), who suffers from amnesia.

The funny saga starts once they reach their hometown and are put through the traditional elaborate funeral rituals. Ma Dong-seok is busy digging his family treasure which he believes is dug inside the house. He wants to use it for settling his debt. On the other hand, Lee Dong-hwi is busy trying to get formal consent from the village elders to be able to get a permit for building a bridge across the village. This is his dire requirement without which he would lose his job at the construction firm.

The fun is heightened when the woman from the accident, Lee Hanee keeps showing up in their house & surprisingly seems to know exactly what brothers are after! She also helps them with tips on how to get their secret desires.

The movie questions the physical turmoil women had to undergo in the past, trying to please the family elders during funerals.
This is a complete funny movie; but you are in for an unexpected emotional twist, even a small supernatural element perhaps!

There are surprise cameos by Seo ye ji and Ji Chang-wook also.

This is a perfect movie to lighten up your mood. The movie was well received by viewers back in Korea as well, as it surpassed 1 million viewers by its 9th day of release. Don’t miss on this one if you want to have a good laugh!

Tune in for Love is a 2019 romantic South Korean movie. It has Kim Go eun of Goblin Korean drama & Jung hae in of Something in the Rain kdrama fame as the main leads. It is directed by Jung Ji-woo ; who is known for making diverse romantic movies. It also has Kim Gook-hee in supporting role.

Kim Go eun plays the role of Kim Mi-soo, who works in her family bakery after school. She meets Jung hae in, who is Cha Hyun-woo seeking work as a part timer, after he is released from juvenile jail. Both share a bond over their love for the Radio. Before they get a chance to explore their feelings, Hyun-woo’s friends from jail find him at the bakery and take him for a hangout. Things get violent over their dinner and Hyun-woo doesn’t come back to the bakery. Kim Mi-soo, meets him years later and later finds out that he was in jail that fateful night due to that incident. However, her affection & feeling for him does not change.

This movie is a slow romantic love story, where the main characters keep meeting each other but somehow the timing never seems to be in their favour to unite. The story is a love story that spans over a decade starting from the 1990s. The change in times are showcased by keeping Radio as the central figure. It is a very realistic love story with melodrama at a minimal. You will like the pace of the movie and story flow. It is a very non glamorous role for both the leads. If you are a Korean drama watcher, you would have liked them for their very lively roles in various dramas. This movie shows off the other side of their acting skills and is a refreshing watch.

If you are in the mood to enjoy and feel emotions at a relaxed pace; this is the movie for you. Spoiler alert – you might shed a few tears in the movie but has a happy ending!

Psychokinesis is a 2018 South Korean super hero movie, written and directed by Yeon Sang-ho of Train to Busan (https://www.juskorea.com/train-to-busan/) fame.
It has Ryu Seung-ryong as the lead. He is the only Korean actor to have starred in four movies that have drawn over 10 million viewers each. Shim Eun kyung plays the role of his daughter. She is only Korean actress to have won the prestigious Best Actress award in Japanese Academy Awards (highest award in Japanese film industry).

Ryu is a laid-back security guard and lacks any great ambition. He is a divorcee, who leaves his wife and daughter Shim to fend themselves on their own. He happens to drink water from a public water pipe, after a meteor hits the water source. He feels strange, but chooses to ignore it. He slowly realises that he has developed new supernatural power and strength and he can just move things by simply moving his hand. He is delighted yet confused about his new found power.

Co-incidentally his wife passes away trying to save their daughter from a bunch of thugs, who try to break into their Chicken restaurant.
Ryu goes to his ex-wife’s funeral and meets his daughter after a very long time. During the funeral he finds out the complete reason of his wife’s death.

The area where his daughter runs the restaurant is taken over by a corporate for developing the area into a modern mall. The rogue corporate is not interested in compensating the shop owners and uses illegal brute force to get these shop owners to vacate the area.

Ryu is emotional about his daughter and tries to pursue her to come away with him, so that he can support and protect her.
Shim is convinced to fight it out with the corporate, along with other shop owners and not back off.

The movie has handled the subject of supernatural power in a very unique way. It has fun moments -when Ryu initially finds out about his new found powers; he tries to sell it by doing magic shows! ( He does not think like an Avengers superhero and wants to save the world 😉 )

He slowly discovers his real powers when he gets desperate to save his daughter from the thugs, who regularly scare the shopkeepers in the area. The fight sequences are completely realistic and a total fun watch.

He slowly makes friends in the shopkeepers and begins to gain his daughter’s love. Things take a twist when the Police and the corporate decide to eliminate him.

The movie is a very interesting watch of what a normal person will do and react when he suddenly has abnormal powers. The screenplay has its moments of thrill, comedy, emotions and sympathy. The ending is unique and very well taken.

You will see actress Jung Yu-mi a regular award winner in a very unique role. The movie ran for 10 straight weeks and made US$7 million at the box office.

26 years is a 2012 movie based on the bloody massacre of innocent civilians in Gwangju city of South Korea in May 1980. It has a huge star cast in Jin Goo of Descendants of the sun fame, Han Hye-jin, Im Seulong, Bae Soo-bin, Lee Geung-young. It is directed by the award-winning director Cho Geun-hyun.

The massacre is supposed to have been ordered by one of the former presidents of South Korea against civilians involved in the Gwangju Uprising. The movie is a fictional story of four people whose parents/siblings had been killed in the massacre. They are brought together by one former soldier (now a CEO of a successful security firm) who was involved in the massacre and regrets taking the orders and killing innocent people and wants to rectify his mistake.

The plot revolves around they plan & execute the killing of the former President who is believed to have given the orders. The gore of the massacre is shown in animation mode. As a viewer you will feel the emotions but are saved from watching the disturbing scenes.
These five characters are diverse. Each of them is unique – bold, scared, emotional, daring and smart. These various characters do not really bond together at first when they are led together by the ex-soldier. Things do not go as planned, but they do everything in the end to complete the execution.

The story telling is A-class; with the right amount of time spent on each of the characters’ background. This is one unique political thriller coup with a well justified ending. It is easily one of the smartest political thrillers made in recent times & we recommend you do not miss it.

So, think no more, pick your genre and that bag of popcorn and enjoy! Cheers! 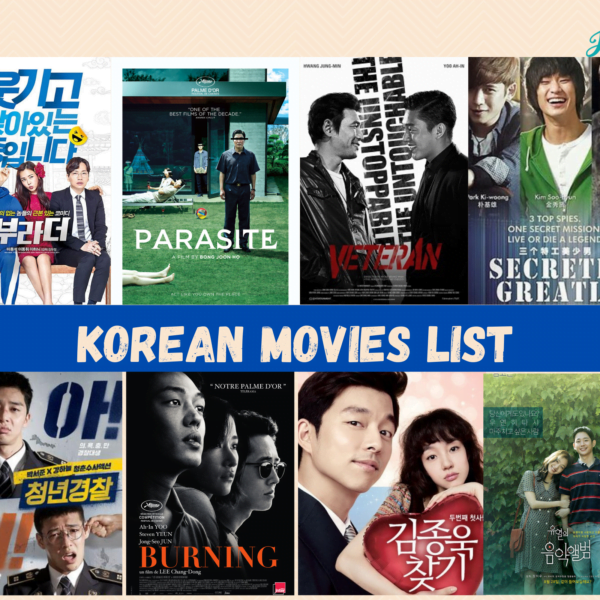 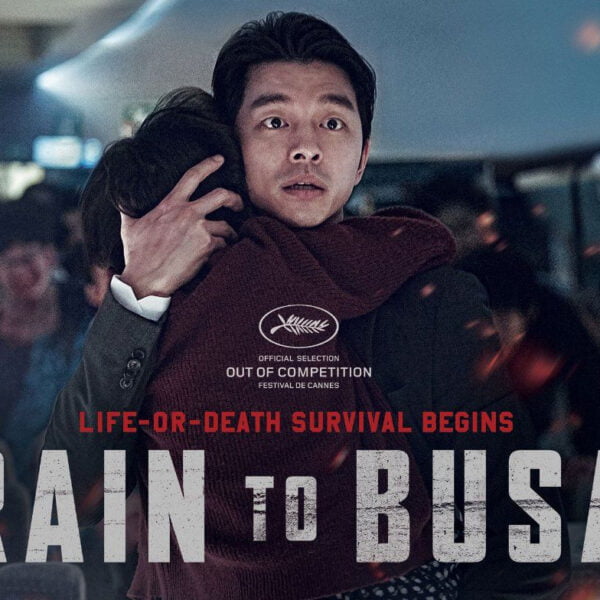